Research of unreported cases of human trafficking in the Kyrgyz Republic 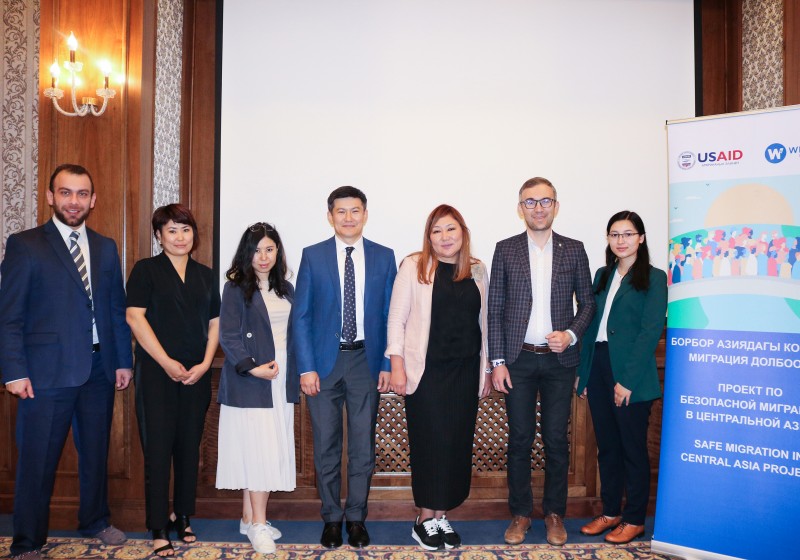 On May 25, 2021, a round table was held to discuss the results of a study of unregistered cases of human trafficking in the Kyrgyz Republic conducted with the support of the USAID project "Safe Migration in Central Asia" implemented by Winrock International in cooperation with the research company M-Vector.

The study pursued the following goals:

To achieve the set goals and objectives, various data gathering techniques have been used.

As part of the desk research, open data from the following resources was considered:

To collect primary information and analyze it, there were conducted 63 in-depth interviews and 3 focus group discussions with various target groups in all regions of the Kyrgyz Republic:

At the event, the welcoming speech was delivered by:

During the round table, the M-Vector company presented the results of the project “Research and analysis of unreported cases of human trafficking in the Kyrgyz Republic”. The participants of the event also discussed the specifics of the work of civil society organizations and crisis centers with victims of human trafficking.

As a result of the Round Table, the need for close cooperation and interaction between government bodies, civil society organizations and international organizations was mentioned to effectively combat human trafficking. First Deputy Minister of Health and Social Development of the Kyrgyz Republic, Aliza Soltonbekova, emphasized the importance of implementing the recommendations that were proposed following the results of the study and data analysis.

Read the results of the study >>>