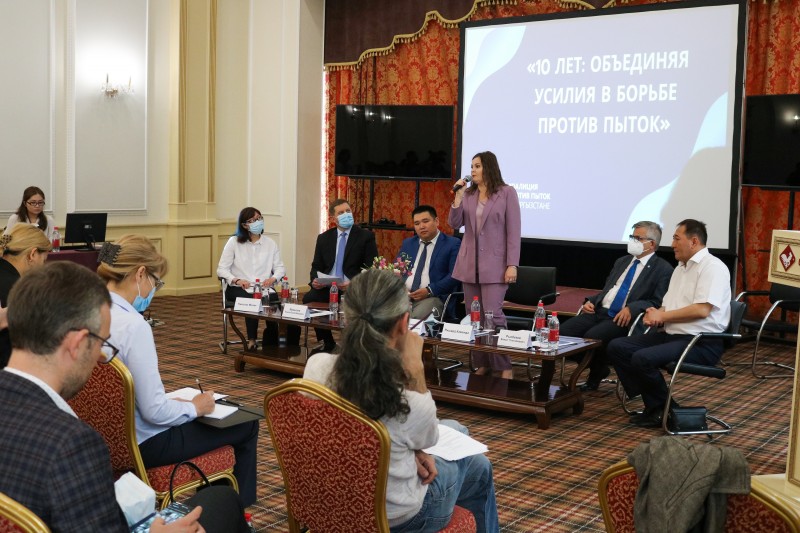 On May 28, a round table was held dedicated to the 10th anniversary of the Coalition against Torture. The agenda included a discussion of the torture issue in general and finding solutions to prevent this problem.

Welcoming remarks and congratulations to the Coalition were made by:

One of the main topics of the round table was the results of the first public opinion survey on torture and violence, implemented by M-Vector at the initiative of the Coalition against Torture in Kyrgyzstan.

The purpose of the study:

Within the framework of the project, there were interviewed 1210 people over 18 years old from all regions of Kyrgyzstan, including Bishkek and Osh cities. In each region, the number of respondents was proportional to the total population in those regions.

According to the results of the survey, it turned out that 62% of respondents are of the opinion that torture is permissible in relation to persons who have committed especially dangerous crimes. Only 15% of the respondents believe that torture is unacceptable under any circumstances.

53% of the interviewed people heard about cases of torture. The most popular source of information about torture is Internet publications (42%), including pages of publications in social networks.

According to the respondents, torture is most widely occurring in the police (37%) and detention facilities (28%). 51% of the survey participants claim that torture is wide-spread in Kyrgyzstan.

This is the first public opinion survey in the history of Kyrgyzstan on attitudes of the society towards torture. This is the first time such a study is being carried out by the Coalition Against Torture in collaboration with the professional research company M-Vector.

For more details on the research results, please follow the link (Research report in russian) 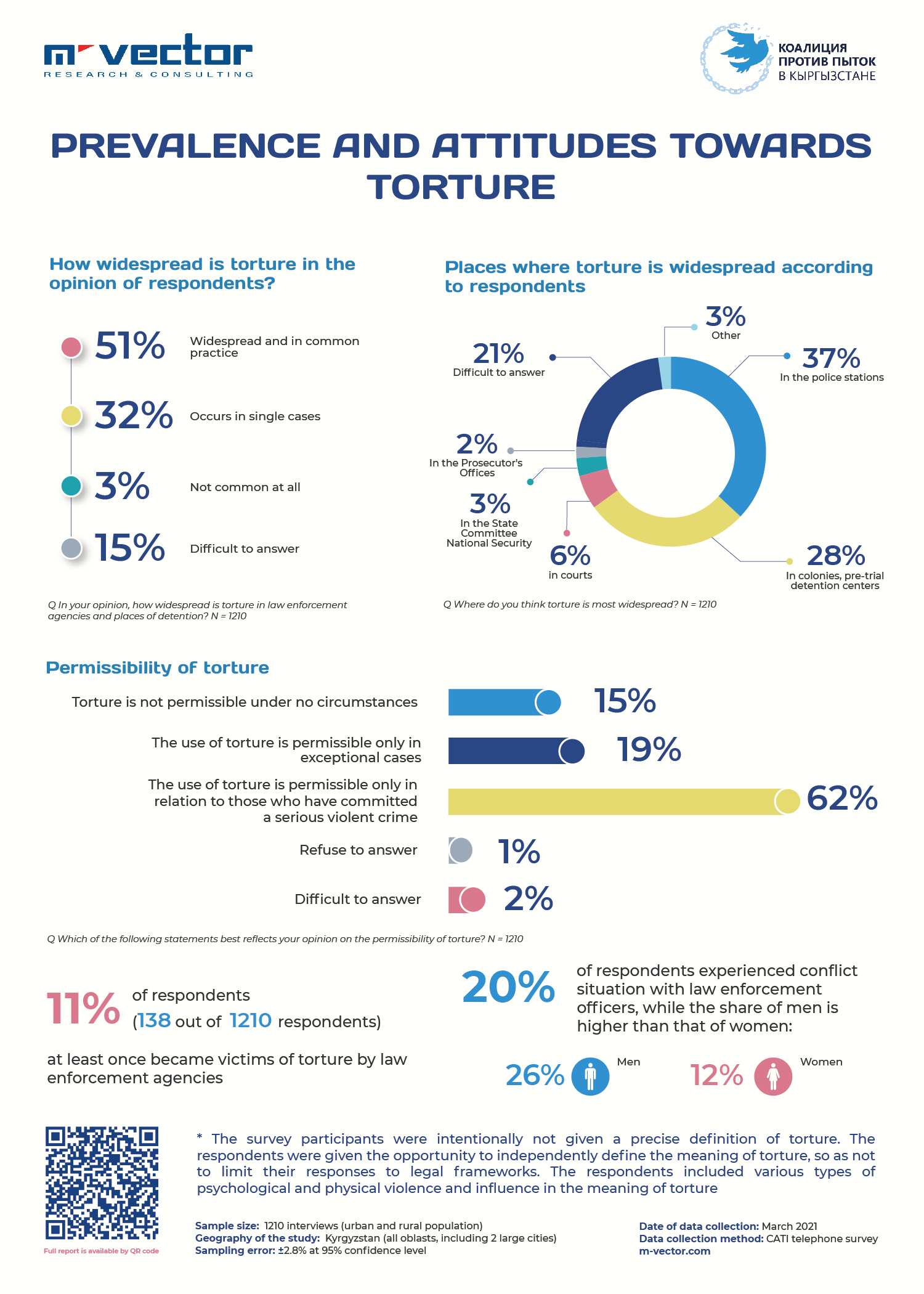