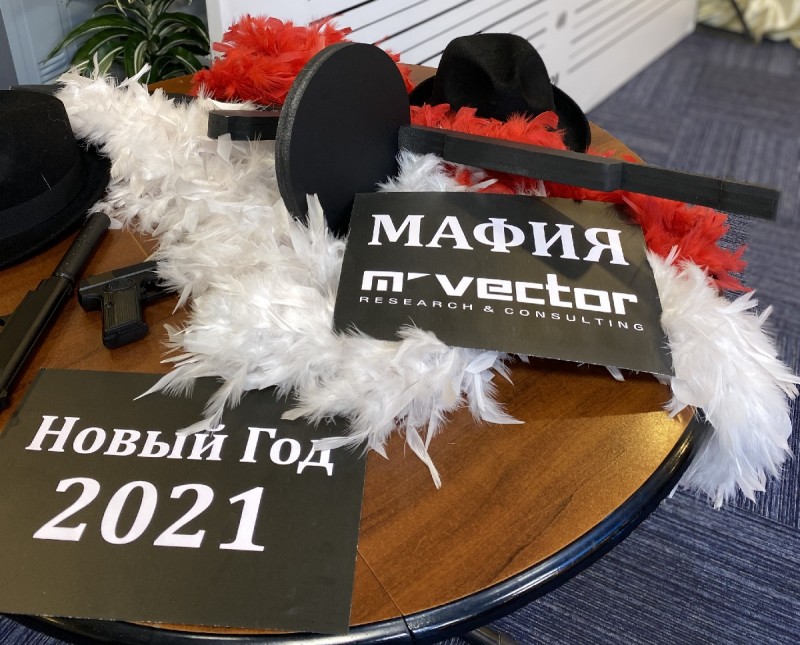 On December 29, a New Year's corporate event was held for M-Vector employees. The party was decorated in Mafia style. Employees found themselves in a closed club, access to which was only for members of the "family". Employees were divided into clans and decided to find out who is more powerful, but, of course, it did not come to a serious fight —they danced and sang songs of different generations in a karaoke battle. In addition, the program contained costume contests, the choice of Santa Claus and Snow Maiden, as well as a dance flash mob.

Despite the difficulties of the year, the company's management tried to organize an exciting New Year's holiday for colleagues. This event made it possible to strengthen the emotional attachment of employees to the company and to colleagues; to distract from the negative emotions, and simply to relieve tension.