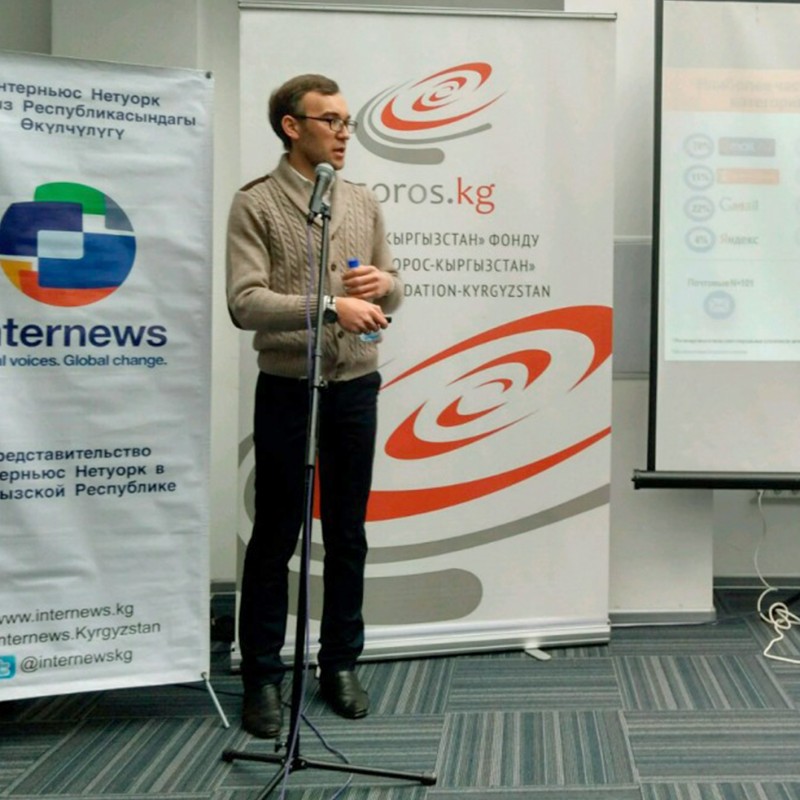 The situation in the media market is constantly changing amid rapidly developing technologies, as well as the influence of a number of external factors that expand the opportunities for obtaining and  accessing  information.  Modern  devices  become  more  and  more  accessible  and  widespread among the population and open up a wide range of media sources to the user.

Over  the  last  decades,  television  has  undergone  significant  changes,  as  well.  Every  year  the number of TV channels increases, the TV audience is offered a variety of genres and a wide range of  programs,  the  television  coverage  becomes  wider,  and  the  signal  propagation  technology  is being improved. The image of television changes in line with the technical development.

However,  changes  are  taking  place  not  only  on  the  television  market,  but  also  in  other  media areas. Every year, the Internet penetration rate in Kyrgyzstan is rising. The world wide web and the new opportunities it offers are becoming more accessible and diverse. Almost everywhere the Internet, along with other media sources, is used for effective business operations and promotion, not  only  in  the  private  sector,  but  also  in  governmental  institutions,  as  well  as  among  various media outlets. 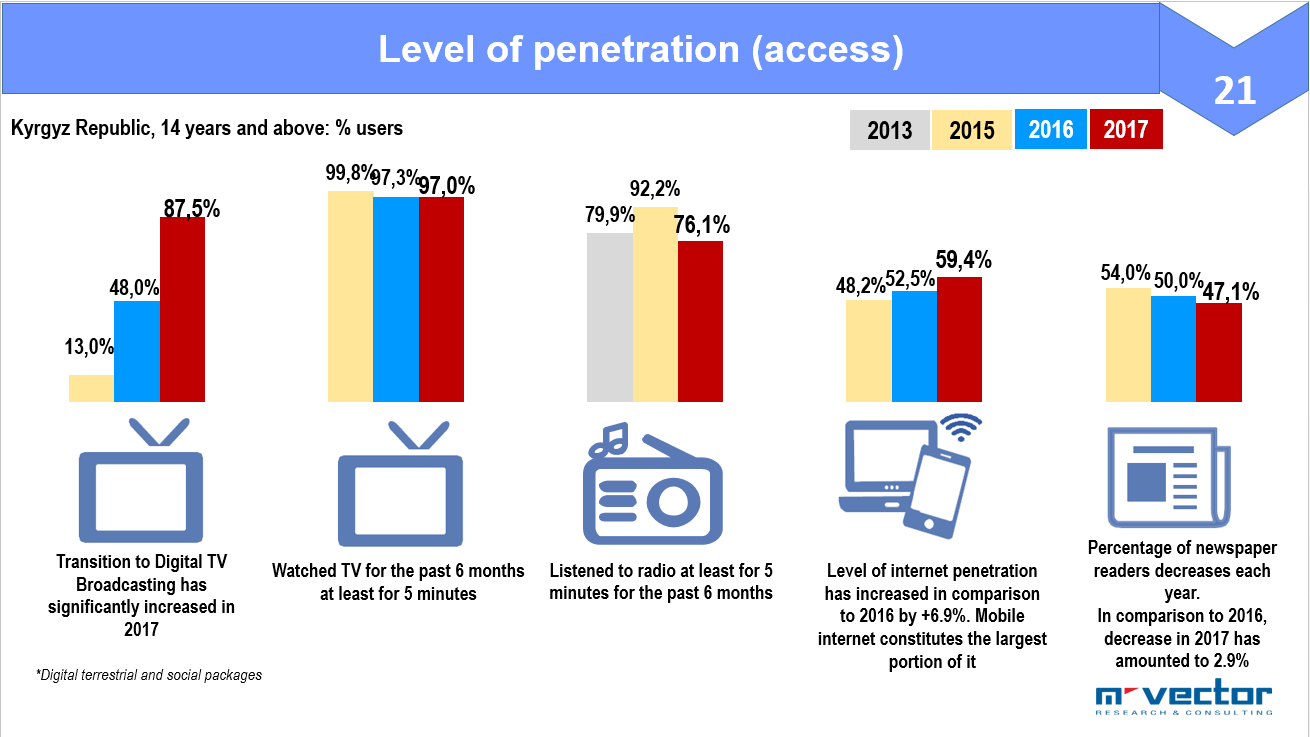 All  the  changes  and  improvements  in  the  media  market  influence  the  development  of  existing media trends, which leads to a change in behavior and the media audience itself. The values of the audience, preferences and attitudes to various media directions and media sources change.In these conditions, media research is important to understand the constantly changing situation
in the media market, which is necessary not only for further effective development of its players , but also for more effective management and pricing in the area of advertising. Understanding the necessity and significance  of media research in Kyrgyzstan, especially the need to understand the situation on the television market after the transition of Kyrgyzstan to the DTV,
M-Vector Company, the Representative Office of Internews Network in the Kyrgyz Republic, and Soros Foundation Kyrgyzstan initiated the eighth wave of media research at the end of 2017 by the f-t-f public survey method. 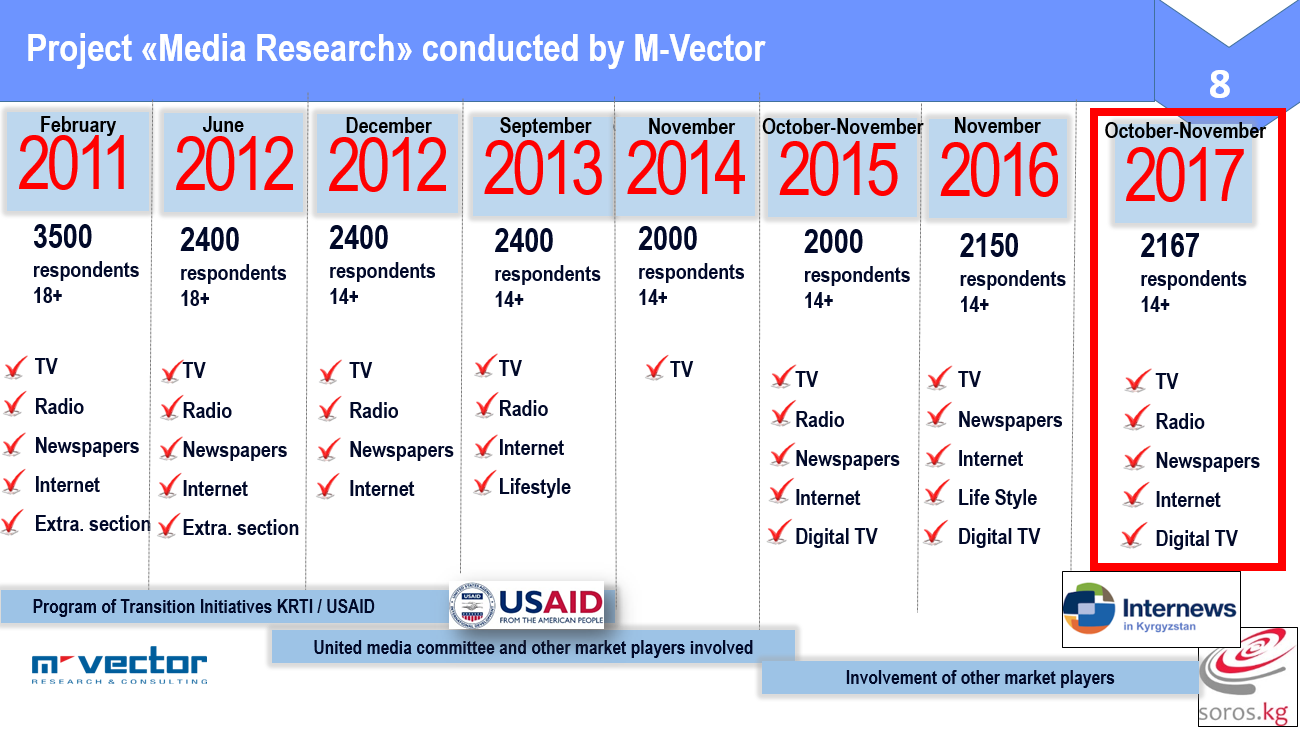