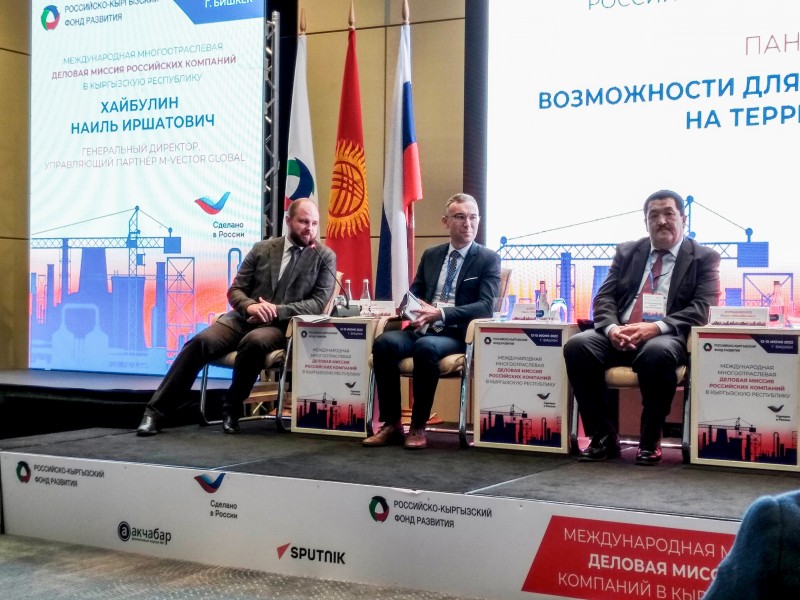 M-Vector Company took part in a business mission of Russian companies organized by the Russian-Kyrgyz Development Fund together with the Russian Export Center. The event took place from 13 to 14 June. The purpose of the business mission is to strengthen trade and economic cooperation between the Kyrgyz Republic and the Russian Federation.

The organizers chose "Novotel Bishkek City Center" as the venue of the event. The participants were greeted by: Akylbek Usenbekovich Zhaparov, Chairman of the Cabinet of Ministers of the Kyrgyz Republic, Nikolay Nikolaevich Udovichenko, Ambassador of the Russian Federation to Kyrgyzstan and Artem Eduardovich Novikov, Chairman of the Board of the Russian-Kyrgyz Development Fund (RKFR).

As part of the business mission, representatives of more than 100 Russian enterprises arrived in Bishkek, including «Sberbank», «VTB Bank», «Roseximbank», «Natspromleasing» LLC, «Inter RAO», «Miratorg» Holding, «Karat» JSC and others.

During the two days of the event, a wide range of issues were discussed in the format of B2B negotiations. The prospects for the development of business relations in the field of energy, agriculture, transport, tourism and trade between the two countries were touched upon. In addition, the partners paid attention to the modernization of the education sector and the possibility of opening a Russian business in Kyrgyzstan.

The event resulted in the signing of a number of documents on partnership and cooperation. 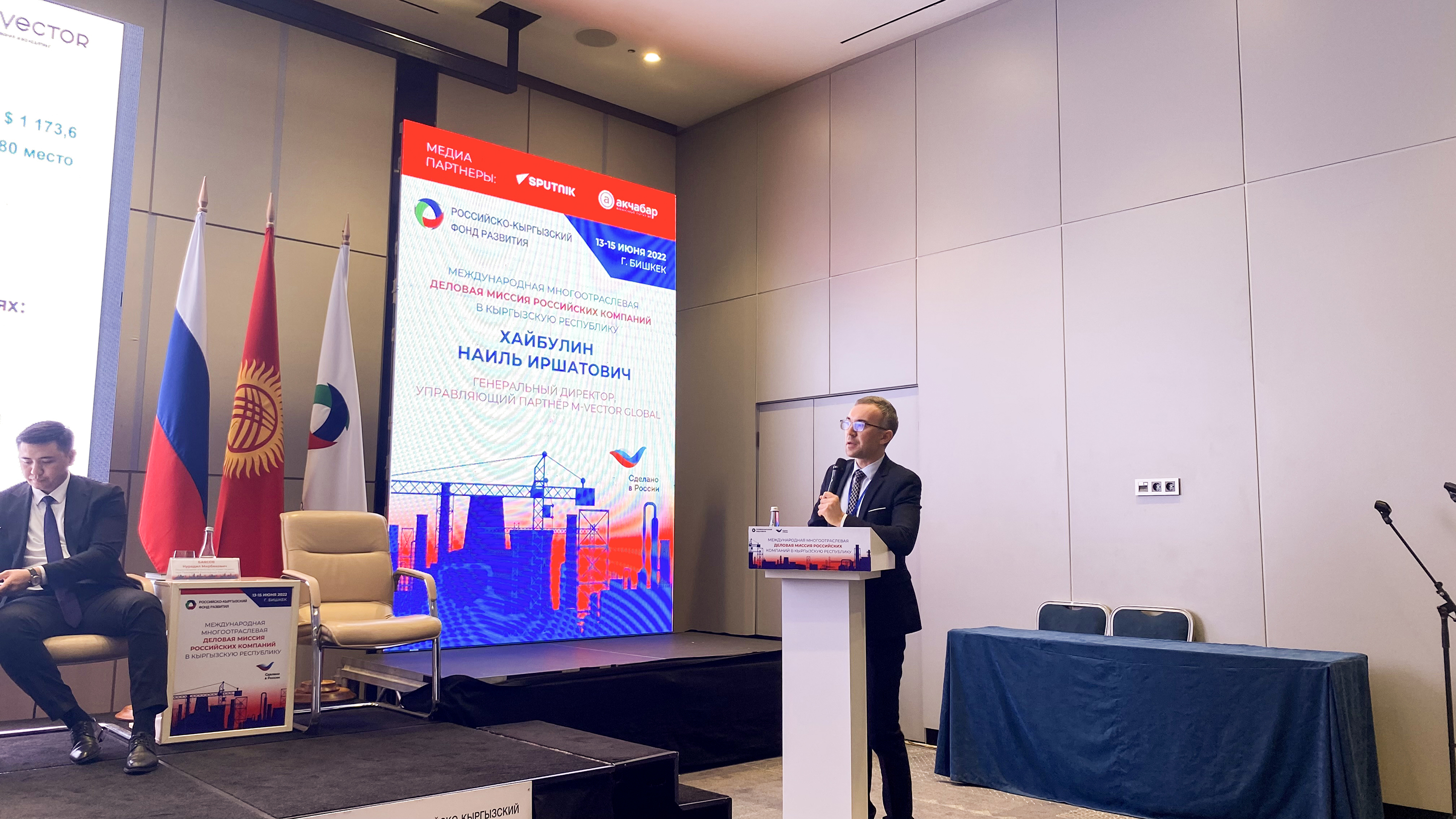 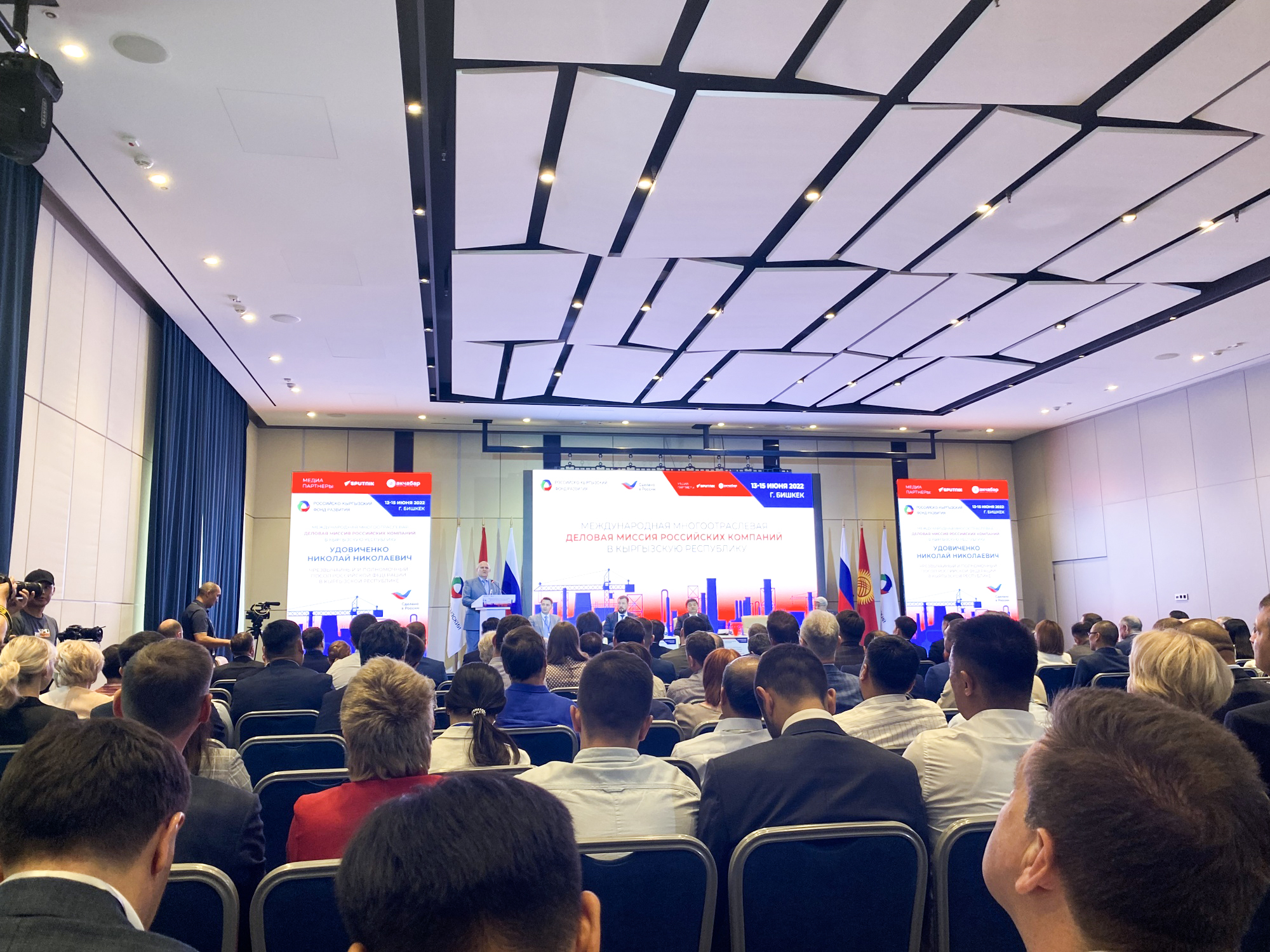