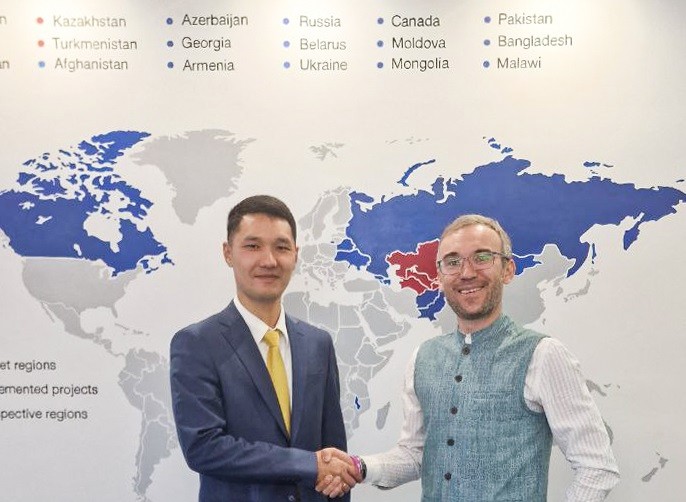 The international research company M-Vector has become a member of the American Chamber of Commerce in the Kyrgyz Republic (AmCham).

A meeting was held in the office of the M-Vector between Dastan Imanaliev, Executive Director of AmCham, and representatives of the M-Vector. At this meeting, the parties discussed joint partnership and cooperation opportunities, as well as prospects for bilateral cooperation for the joint development of AmCham and M-Vector.

M-Vector was a member of AmCham from 2009 to 2011, and in 2010 was awarded the "AmCham Company of the Year" award. In accordance with the new development strategy, M-Vector has re-joined the ranks of the American Chamber of Commerce.

"Membership in AmCham is an important step for us. In 2022, the company crossed an important milestone – 25 years on the market. We are well aware that the world is changing, and in order not to stop and develop further, we must support each other, and exchange experiences and ideas. We are sure that this strategy is the key to moving forward. The American Chamber of Commerce is a platform where you can share knowledge and implement joint initiatives with representatives of leading companies," said Nail Khaibulin, CEO of M-Vector.

***
The American Chamber of Commerce in the Kyrgyz Republic (AmCham) is a leading international business association that strives to create a favorable and competitive business environment in Kyrgyzstan. The Chamber unites more than 80 large, medium, and small enterprises from different sectors of the economy.

The American Chamber of Commerce is represented in 108 countries around the world. AmCham has been operating in Kyrgyzstan since 2005 and unites such major organizations as Beeline, Demir Bank, Coca-Cola, KICB, British Embassy Bishkek, USAID, and many others.