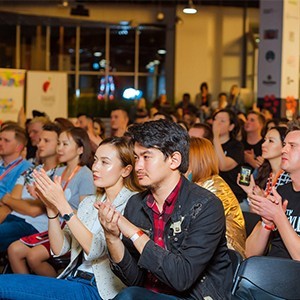 Representatives of the creative segment of Central Asia and speakers from Russia, the Netherlands, Great Britain and Kazakhstan attended the event.

“This year, we received 353 applications, 38 of which received awards. For the first time in the festival’s history, a Grand Prix was awarded to two pieces at once – “Ala kachuu” (Kyrgyz – bride abduction) by Kyrgyz agency “Media kitchen” and “Neighbors. History of the Vienna quarter” directed by Kanat Beisekeev,” reported the organizers.

Note: In 2018, the Red Jolbors Festival made a debut in Kazakhstan. In previous years, the event was held in Kyrgyzstan, where it had initially originated.