International poll “Voice of the people” 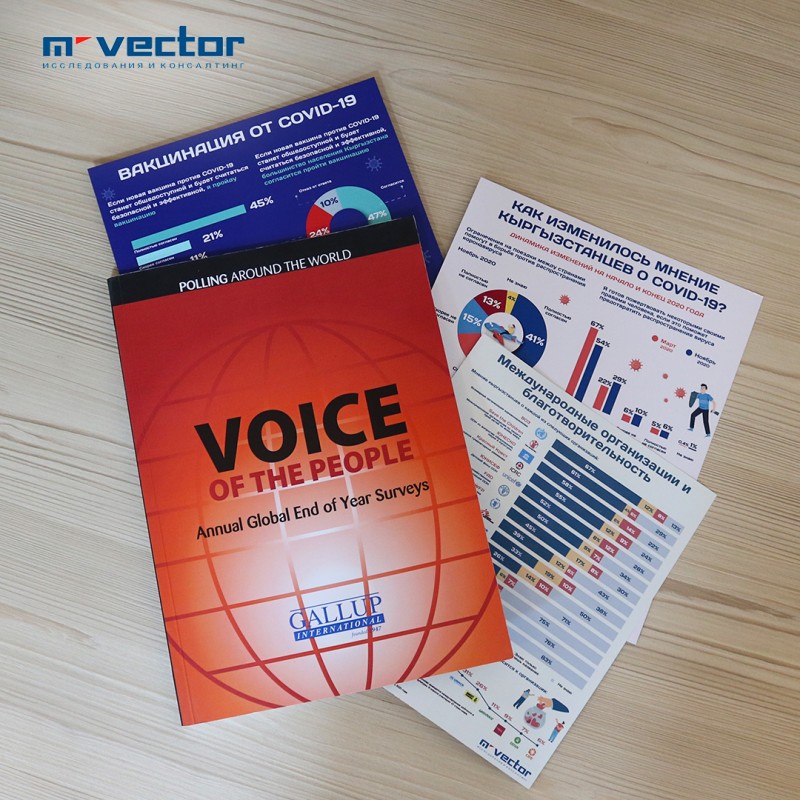 In the situation of the ongoing Coronavirus crisis, experts note that the Western value system - democracy, human rights - will suffer the most.

Democracy will be strong only if its power is recognized by the people, but only 53% of respondents living in formally democratic countries agree that elections are free and fair and that the will of the people is respected.

The Gallup International Association, as part of the "Voice of the people" poll, initiated and conducted a global survey of the perception of Covid-19 in the mass consciousness.

The study revealed the following: Despite the optimistic mood ahead of the new year 2021, the fear of impending economic hardship was growing. EU citizens were the most pessimistic in the world. 25% of Europeans surveyed apprehend that it will be worse, and 25% expect the same as last year.

In Kyrgyzstan, however, economic optimism prevails. 58% of respondents believe that 2021 will be a year of economic prosperity for the country.

Humanity as a whole maintains its optimism. From the results of the study it follows that 42% of respondents expected that 2021 would end the pandemic and economic hardship.

Residents of Europe, Russia and the Middle East are more pessimistic about the near future. In the EU and Russia, for example, the share of pessimism has increased in comparison to the end of 2019. Rather, pessimistic moods seem to have been traditional for Europe and Russia for many years. Negative attitudes are even more evident in eastern EU countries: only 17% is expecting a better year and 43% is expecting a worse one.

Optimism about 2021 prevails in India (68%), the USA (59%), Australia (59%) and Africa (58%). People in the USA look even more optimistic about the future than they were in the end of 2019 despite the fact that they were heavily influenced by the Coronavirus crisis and political instability.

Cote d'Ivoire, Nigeria, Indonesia, and Azerbaijan are among the top four by optimism in terms of the hope index (responses "better" vs. "worse"). On the lowest lines are Italy, Hong Kong, Poland and others.

All data from the results of the survey are published in the "VOICE OF THE PEOPLE” magazine. Annual Global End of Year Surveys, which you can view and download by clicking here.

You may also be interested in the following articles and infographics: