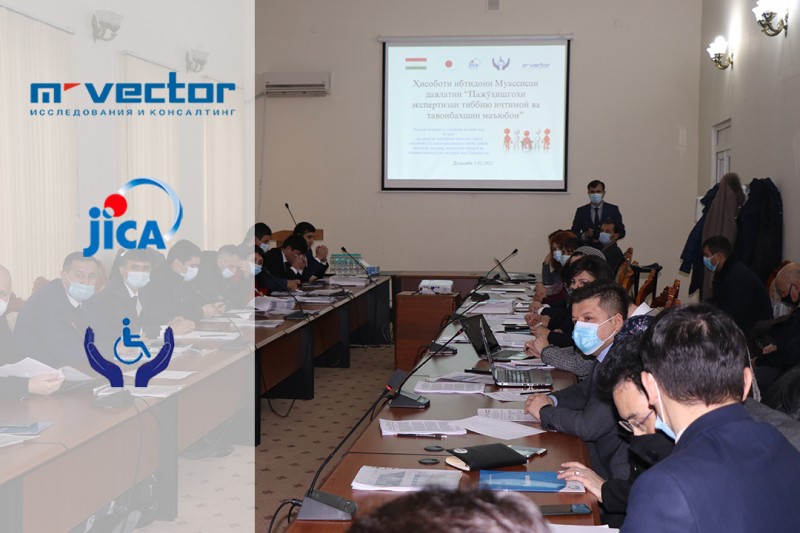 According to the World Health Organization, currently over 1 billion people, including about 100 million children, live with some form of disability worldwide. About 150 thousand people with disabilities live in Tajikistan, of which about 25 thousand are children.

Today the social adaptation of people with disabilities is becoming the most important function of the state, all of its governing bodies and social institutions. In March 2018 Tajikistan became a member of the UN Convention on the Rights of PwDs. Also, the importance of solving the problems of PwDs’ access to the social environment is fixed in the National Development Strategy of Tajikistan until 2030, and inclusive development is included in the priorities of the political course of the Government of the Republic of Tajikistan.

The planned research is aimed at obtaining information about the current situation regarding people with disabilities: about their needs and rights, the difficulties they face in society and in everyday life, and other social and economic aspects. This knowledge will form the basis of an action plan aimed at changing the situation for the better.

On January 5, 2021 a Round table was held in Dushanbe to initiate and discuss the methodology of this research project. The initiative is being implemented by the Institute of Preventive Medicine of Tajikistan in close cooperation with the “M-Vector Tajikistan ” Research Company with funding from the Japan International Cooperation Agency in Tajikistan (JICA).

The Round Table was attended by representatives of ministries and departments, as well as international organizations and NGOs involved in providing services to people with disabilities. During the event a Working Group was also established to coordinate the project.

The round table was a part of a set of activities to raise awareness and involve the expert community in the implementation of this study, in order to increase the practical value of its results.